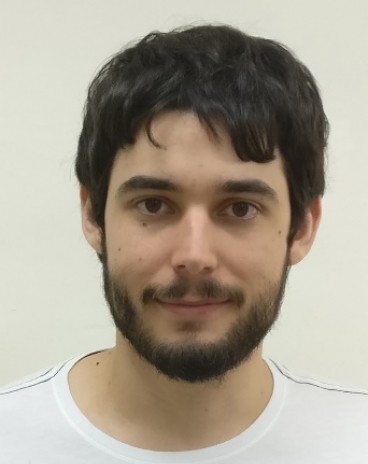 Pablo Gómez Argudo realized his Graduate (2013) and Master (2016) research at the Universidad Complutense de Madrid (Spain) & Universidad Autónoma de Madrid (Spain) under the supervision of Pr. Dr. Francisco Ortega in the fabrication of colloid nanoparticles as drug delivery systems, using the extrusion technique and microemulsions as template. Later, he obtained his PhD degree (2019) at the Universidad de Córdoba (Spain) supervised by Pr. Dr. Luis Camacho in the air-water and air-solid interface field studying the physico-chemical behavior of several compounds and their interaction with biological model membranes. He worked as a post-doc at the CNRS-LCPO research group under the direction of Pr. Dr. Sébastien Lecommandoux and focused on the study of physical-chemistry properties of several macromolecules and their biological applications in drug delivery systems. He is now post-doctoral researcher under the supervision of Prof. Guillaume Fleury in team 4 and is working on directed Self Assembly of Block Copolymers.