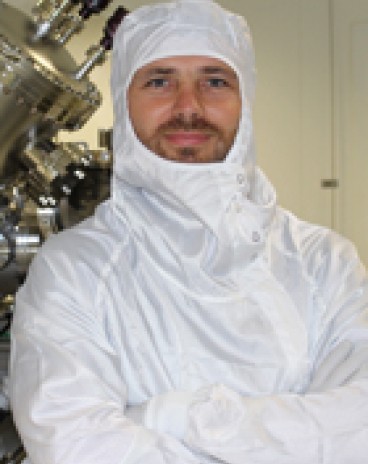 Responsibility of the ultra high vacuum systems (Cluster 3) on the ELORPrinTec platform.

Dr. Roland LEFEVRE received a Ph. D. in nanotechnology in 2005 from Paris-Sud University for its work on carbon nanotubes led at the CEA (the French Alternative Energies and Atomic Energy Commission). In 2006 he became a Research Engineer at the CNRS (the French national centre of scientific research) at Paris Observatory where he conducted the development of new supraconducting mixers for space THz instruments. He was transferred in 2016 into the group of Georges Hadziioannou at Bordeaux University where he was introduced to the field of organic electronics to operate the - worldwide unique - vacuum cluster for organic thin film deposition and extreme surface characterization at ELORPrintTec facility.