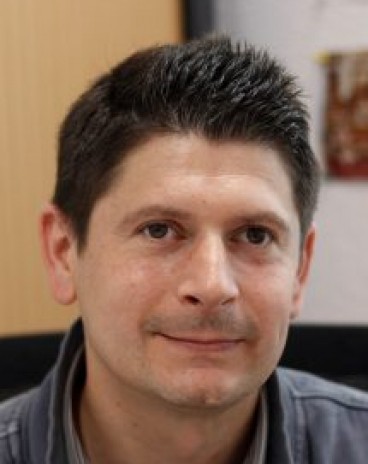 Dr Joan Vignolle first studied biology and biochemistry at the University of Pau and Pays de l’Adour (France). After a master degree in chemistry at the University of Toulouse (France), he joined the group of Pr G. Bertrand as a PhD student in 2003, working on the synthesis of original heterosubstituted carbene complexes at the Laboratory of Fundamental and Applied Heterochemistry in Toulouse (supervisors: Pr G. Bertrand and Dr D. Bourissou). After completing his PhD, he went to U. C. Berkeley (USA) for a two-year post-doc in the group of Pr T. Don Tilley, working notably on the synthesis of N-Heterocyclic Carbene (NHC)-protected gold nanoparticles. He came back to France in 2009 to learn a completely new field, polymer chemistry, with Pr E. Papon and Pr D. Taton at LCPO. In 2010, he was appointed as CNRS researcher (chargé de recherche) in LCPO, working at the frontier of molecular, macromolecular chemistry and catalysis. In particular, his interests include NHCs-mediated polymerization reactions, the synthesis of homo- and block copolymers based on Poly(Ionic Liquids) (PILs) and the development of hybrid PILs-metallic nanoparticles catalysts.