Modulation of reactivity in anionic polymerization

This part of our research is focused on the design of active species enabling the controlled/living polymerization of cyclic and dienic monomers. For instance, ammonium salts are combined with triisobutylaluminum (iBu3Al) or N-heterocyclic carbenes (NHCs) with a Lewis acid, to precisely control the ROP process. The combination of anionic ROP and polycondensation is also investigated as a novel route to polyamide-6 with improved properties for thermoplastic composites, from caprolactam and aromatic amino-esters. Additionally, polybutadienes of varying microstructure can be prepared in a non-polar medium, using multi-metallic initiating systems.

Our group has also a long-standing expertise in the use of small organic molecules for organic catalysis of polymerization and the precision synthesis of metal-free polymers.

For instance, commercial (R,R) and (S,S) enantiomers of the aminothiourea-based Takemoto catalyst can promote efficient control and high isoselectivity of the OROP of rac-LA. Highly isotactic, semi-crystalline and metal-free polylactides (PLAs) could thus be achieved. The statistical ring-opening copolymerization of ε-caprolactone (CL) and L-lactide (L-LA) can also be achieved in presence of benzoic acid as cheap thermo-stable and recyclable organic catalyst. A library of well-defined amorphous biodegradable, biocompatible and statistical aliphatic copolyesters across the full range of lactide/caprolactone compositions can thus be synthesized.

Beyond heterocyclics, we have reported the first example of the polymerization of methyl methacrylate (MMA) through the double assistance of nonmetallic Lewis pairs. Triaryl phosphines serve here as Lewis bases, in conjunction with trialkylsilyl triflates or triflimides (R3SiOTf and R3SiNTf2), as Lewis acids.

The organocatalyzed ROP (OROP) of N-activated aziridines has also been reported, broadening the range of monomers that can be polymerized by an organocatalytic pathway. While aziridines generally undergo a cationic polymerization to yield branched and polydisperse polyamines, their controlled anionic ROP is possible if there are electron withdrawing substituents on the nitrogen atom. Such activated aziridines can be readily polymerized using an NHC catalyst, in the presence of a variety of initiators, including activated and non-activated amines as well as Me3SiN3. 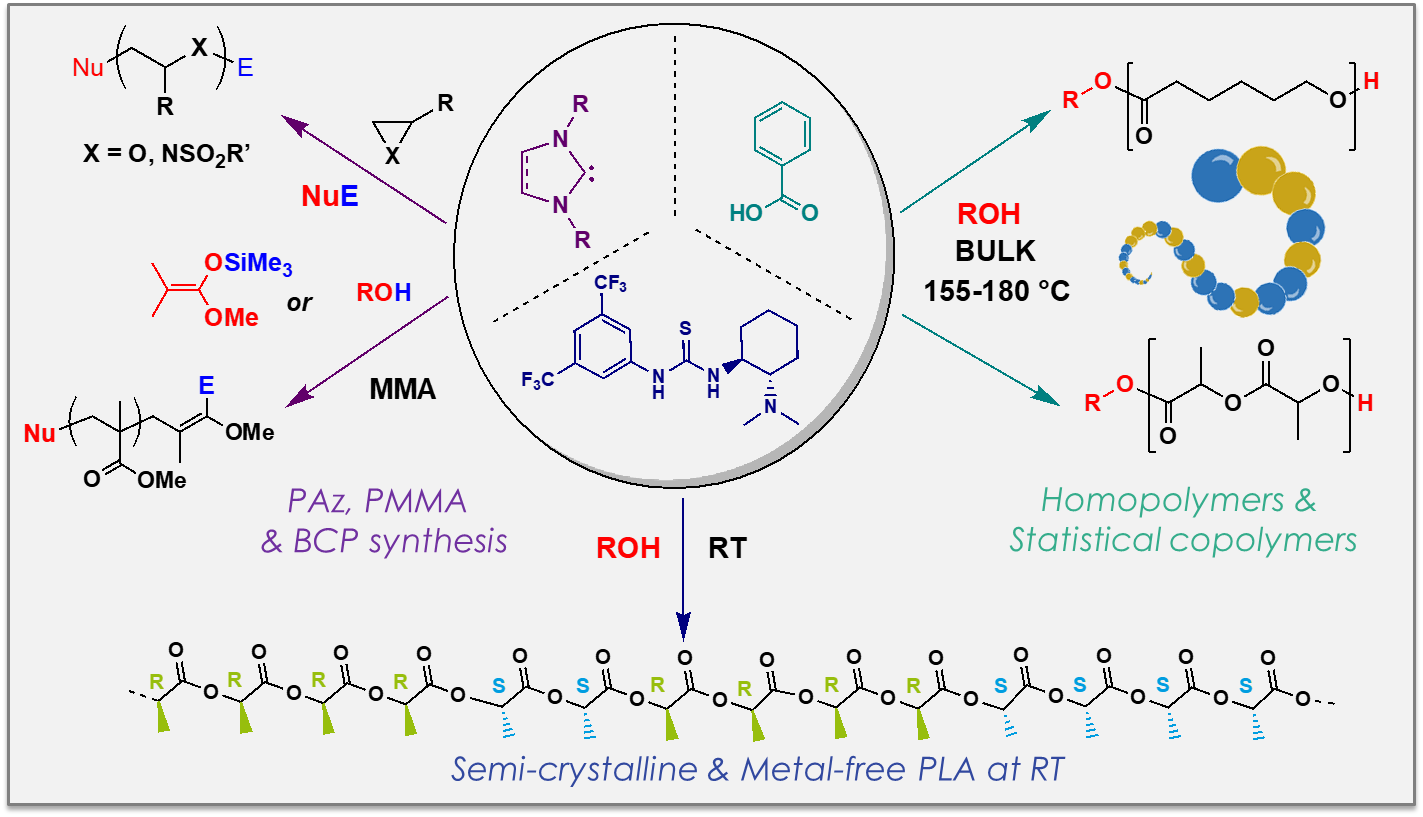 Enzymatic pathways have been developed for the synthesis of glycolipids or glycomonomers, avoiding the tedious protection/deprotection steps that are required in traditional chemical routes. This strategy gives access to a variety of glycomonomers which after polymerization can self-assemble and/or encapsulate hydrophobic molecules. 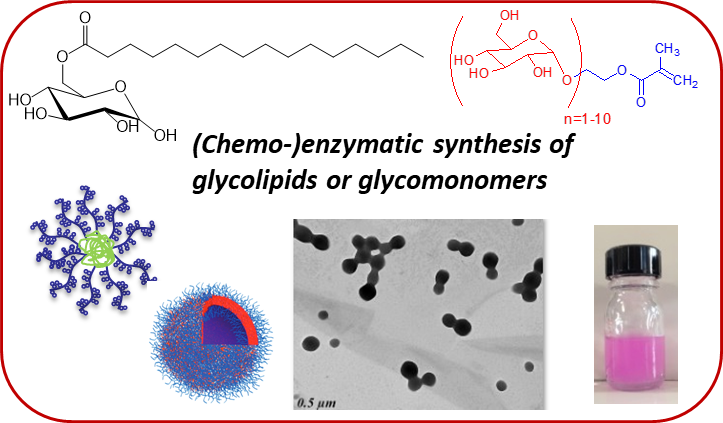 The enzymatic depolymerization of lignin using laccases is also investigated, leading to a wide range of aromatic molecular or oligomeric bio-based platforms, e.g. aromas, antioxidants, polymers, .... Processes and operating conditions can be set up to achieve lower molar masses species than the original lignin.