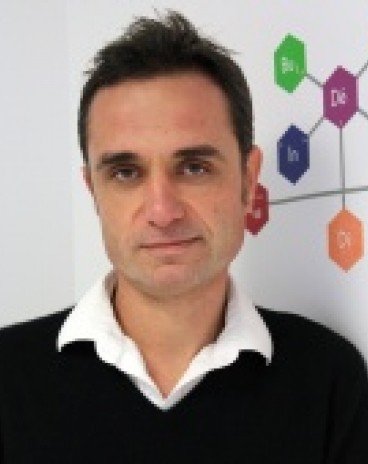 Cyril Brochon received his PhD in Polymer chemistry at the University of Bordeaux in 1999, where he studied synthesis and anionic polymerization of novel silicon-based heterocyles. Then he learnt controlled radial polymerization at the Charles Sadron Institute (ICS, Strasbourg). In 2001 he joined the team of Pr G. Hadziioannou in ECPM (Strasbourg) as assistant professor, where he studied the design of functional polymers, including semi-conducting polymers and block copolymers. In 2009, he joined the LCPO in Bordeaux as associate professor and he is currently working in the group of Pr Hadziioannou on the design of advanced functional polymers for applications in energy, optoelectronics, photovoltaic, (flexible) displays, etc.

Cyril Brochon is the coordinator of several research programs. He is coordinator of the “Chemistry cluster” of the “ElorPrintTec” EquipEx and he is a member of the National University Council (CNU, section 33). He obtained the "Prix La Recherche” (field : Chemistry) in October 2013.