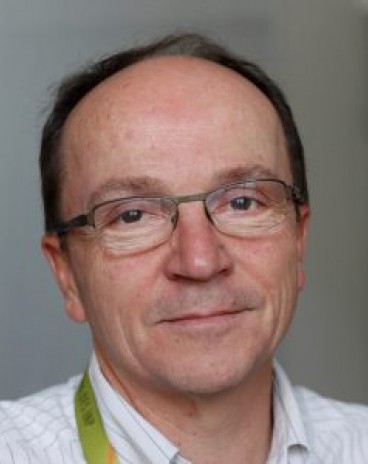 Henri Cramail received his engineering degree from the ENSCP Bordeaux in 1987 (major). He received his PhD degree in Polymer Chemistry in 1990 at the University of Bordeaux (UB), supervised by Pr M. Fontanille and Pr. A. Soum (LCPO), in the field of ring-opening metathesis polymerization. Then he went to the University of Durham, U.K. to work as a Post-Doc in the group of Pr. Jim Feast, on the Durham route to polyacetylene. Subsequently, he became an Assistant Professor of Polymer Chemistry at UB and, since 1999, he has been appointed Professor of Polymer Chemistry at the same University. His researches are currently focused on the development of green polymer syntheses and processes to create novel bio-based polymers for sustainable technologies.

Pr Henri Cramail is Full Professor at the University of Bordeaux and is leading the team ‘Biopolymers and Bio-based Polymers’ at the LCPO. His current research interests include non-isocyanate polyurethanes, lignin-based thermoplastics and thermosets, bio-based latexes and amphiphiles, PLA copolymers and additives.

He was Director of the Laboratoire de Chimie des Polymères Organiques (LCPO), CNRS-University of Bordeaux-Bx INP, from 2007 to 2016. He was member (4 years) then head (4 years) of the French CNRS Committee (section 11) ‘Macromolecular and supramolecular systems: elaboration, properties, functions‘, from 2008 to 2016. Pr Henri Cramail is currently Scientific Pilot Advisor for Chemistry at the Hcéres.

Pr Henri Cramail has published over 190 research articles and reviews and 5 book chapters as listed on the HAL database, with about 5000 citations (h-factor 38). He presented more than 120 oral presentations, including 75 on invitation. He is the co-inventor of 37 patents.